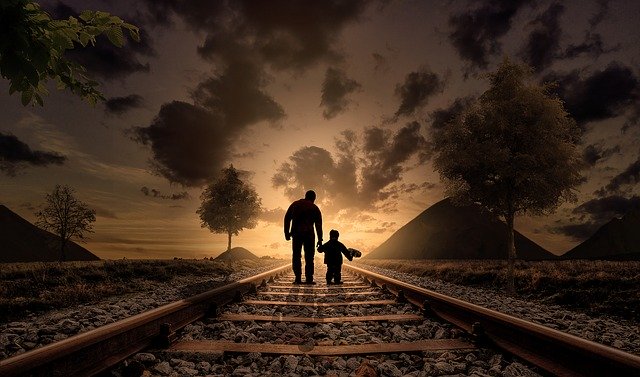 Parenting was hard before everything changed in the middle of March. Now, my wife and I are trying to teach a 4 year old at home while balancing three full time jobs. She is able to work from home full-time and I do radio in the morning and voiceover through the rest of the day and night.

Along the way we ping-pong our son between us, usually in 3 hour stretches, in the hopes of keeping his mind from turning to iPad-induced mush. Don’t get me wrong, we’re incredibly lucky to be able to survive economically the way we have been through these unpredictable months, but the situation still wears on us.

One of the most rewarding personal moments is when we make academic progress with our son. I’ve been using Teach Your Child to Read in 100 Easy Lessons

. To incentivize him, my wife created a chart. With each successful lesson he gets a sticker. After every ten lessons, he gets a special prize. The first one was a simple Batman toy that he cherishes because he “earned” it. I put “earned” in quotations because that’s what he says every time he talks about it. It’s a great point of pride.

I wonder about the socialization he’s missing out on though and the family gatherings we’ll never get back. My mind then gets snapped back to a state of gratitude, that most of our extended family has been healthy through it all.

From strictly a voice acting perspective, there are the auditions you see fall by the wayside because you’re playing hide and seek with a would-be preschooler, but most clients understand the balancing act because they’re going through some version of it themselves.

I was going to end this entry with a quote from Charles Darwin but apparently he never said,

“It is not the strongest of the species that survives, nor the most intelligent that survives. It is the one that is most adaptable to change.”

It was, of course, Leon Megginson? It took you to the last paragraph, but you finally learned something new.

Note: If you purchase a product using an affiliate link, I may receive a tiny portion of the sale. I am NOT a paid advertiser and would not promote its use if I weren’t a happy customer myself.